﻿The Benefits of Solar Energy

Solar energy will benefit a lot of people and not only the rich. This is why some governments have increased funding for this type of technology because they are aware of its many benefits.

For one, solar energy is very cheap compared to other technologies. It is also renewable unlike coal or the rest which are non-renewable and hard to maintain.

It also improves the health of people since it does not produce any carbon dioxide emissions unlike kerosene lamps that give out fumes which are just as deadly as smoking 2 packs of cigarettes a day. It also reduces the incidents of fire that are often associated with the use of kerosene, candles, diesel fuel and gasoline for generators.

Solar energy is almost maintenance free because the solar cells used will last for 20 years or more before it has to be replaced. You just have to keep the panels clean so it is able to absorb sunlight and convert that into electricity.

These are also very useful in remote locations where power lines are not yet available. Some examples of these include fish houses, highway signs, marine applications, remote lighting and telecommunication.

If countries focus on solar energy and other renewable techniques, they will be able to conserve their foreign exchange because they no longer have to use it to pay for foreign oil. This money can then be used for other things such as health care, infrastructure projects and education.

Solar energy will also reduce your electricity bills because you are no longer dependent on electricity coming from the power company. The only downside to solar energy is the initial cost in setting it up.

Yes you will have to buy a lot of solar panels which are quite expensive but in the long run, you will be able to save more because you don’t have to pay for anything else to keep them running. Should the cost of solar cells be beyond your budget, you can probably invest in used systems first then try to acquire the brand new ones later on.

Another benefit of using solar energy is that you get to conserve fossil fuels and other natural resources that are quickly diminishing as a direct result of an increase in the world’s population which could compromise the needs of the future generations.

So should people get into solar energy? The answer is yes because it is safe, cheap and good for the environment. You only have to worry when the sun isn’t shining because when this happens, rays from the sun won’t be able to produce electricity so you have to rely on other means to get power. The same also goes when there is a blackout or brownout because you will soon lose power from your solar system.

Believe it or not, solar energy has one other benefit and that it increases the value of your home. According to home appraisers, a dollar decrease in your energy bill results in a $20 increase in its property value so do the math and you can easily figure out how much your home will be worth after you decide to invest in solar energy. 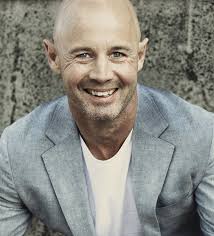 Blogging about industry related subjects for a while now